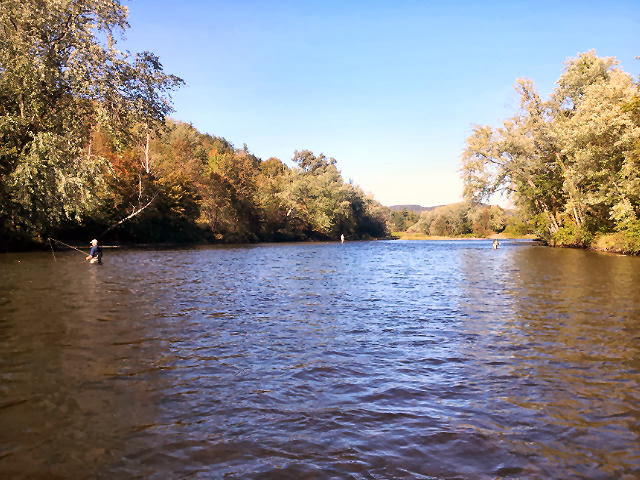 In seasons past, it seems like the emergence of flying ants lasts only a couple days and then they're gone.  This year, in contrast, they've been showing themselves more frequently thanks to these quick spikes in temperatures we keep having.  We've also seen great activity from Isonychias, BWO's and the everpresent caddis.  Mike found plenty of fish interested in buggers and swung prince nymphs with his guest yesterday on the Lamoille.  In the evening, parachute adams in various sizes fooled rising fish.  I floated lower downstream with a great angler and had relatively spotty fishing despite some healthy insect activity and dialed casting.  We did fool a nice brown on a prince dropper and several bass on black clousers.  And those darn fallfish....I think you can walk across their backs in spots.
﻿
We've got some rain in the forecast for the weekend which could dump between .75" and 1.25" of rain on the area.  Tomorrow is also going to be very windy from the South, so choose your fishing spots carefully.