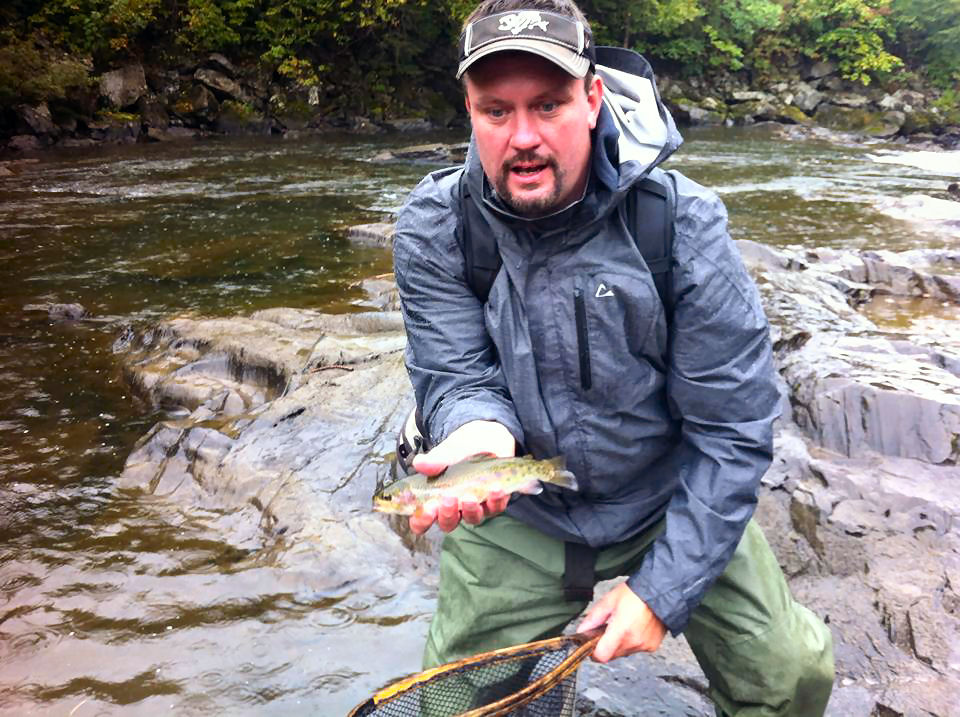 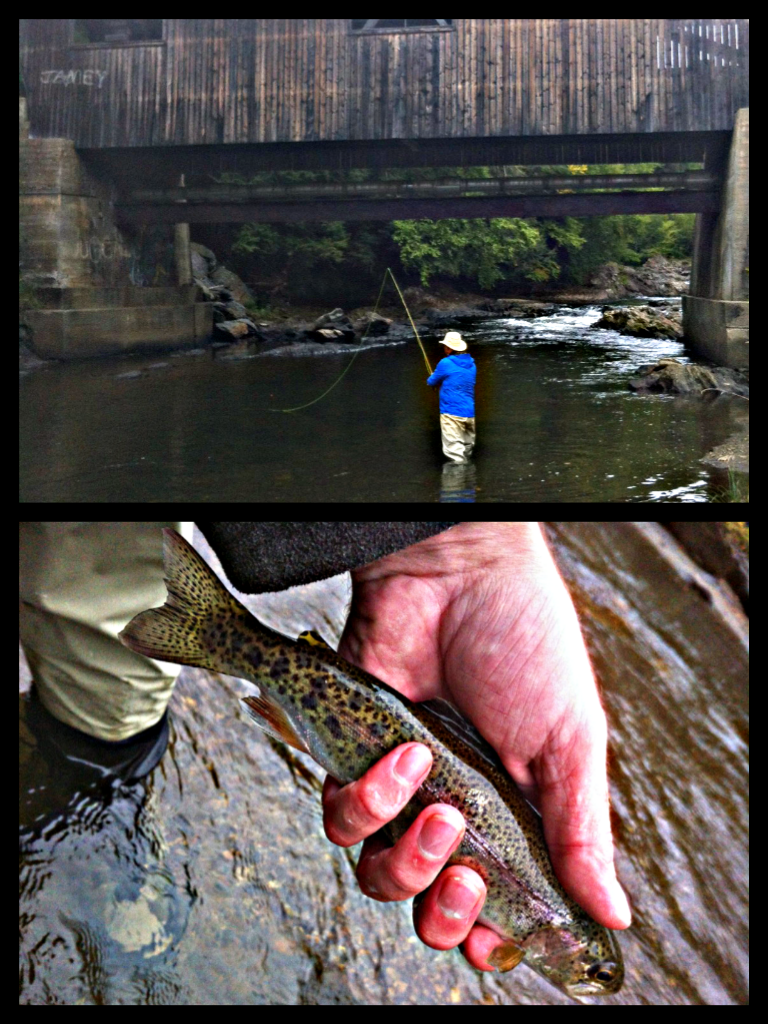 This unseasonable cool weather has me shivering to the bone, but the fish certainly love it! Not a whole lot of water out there but, with drastically cooler temps, low water isn't as much of a concern for trout fishing. The fish are spooky, but also more than willing to eat a well presented fly. Haven't seen a ton of Isonychia's, but prince nymphs and zug bugs are working just fine under a bobber or stimulator. I have seen decent numbers of smaller tan caddis and blue wing olive activity should be picking up steam as the fall progresses. Prince nymphs, zug bugs, para adams, stimulators, ants, smaller pt nymphs, hoppers should all be in your box right now. You should also have a decent selection of buggers and other streamers. We're adding new locally-tied patterns daily and tying like crazy to keep up with the staple patterns. Why buy flies from Sri Lanka when you can buy them directly from the local source?
Every week, we expand our fly tying selection a little more. If there is anything you'd like to see in the shop, please let us know and we'll get it here! Hareline, Spirit River, Metz.
As September progresses, we have more and more anglers coming into the shop to gear up on flies and tackle for fishing the Salmon River and other Great Lakes tributaries for the fall salmon run. Personally, I avoid the Lake Ontario salmon runs because it goes against everything I love about fishing which is mostly related to solitude and connecting with some of nature's most brilliant achievements. During peak salmon season, a massive influx of anglers swamp fisheries like the Salmon River, spending precious tourist $ on gasoline, lodging, booze, tackle and whatever else needed to float the boat of their fishing getaway. That kind of pressure on a resource such as a migratory river can lead to fights, ridiculously poor etiquette, garbage lining the banks, tackle hanging from trees, you name it! The burning desire to land that big fish can bring out the best of an angler, or the worst "whatever it takes" attitude. I once watched a guy fully dudded out with landing gloves, quick release tools and all the 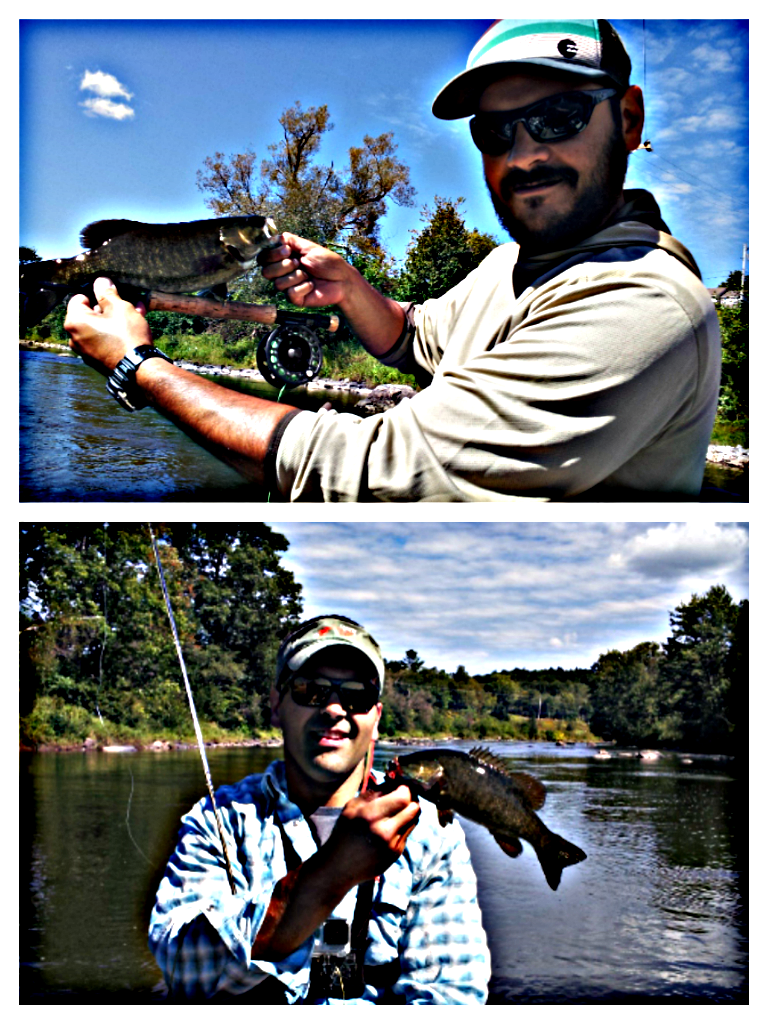 fanciest fly fishing gear money could buy trying to hook a large brown he sighted in the pool. After hundreds of casts to a fish that obviously wasn't going to eat, he finally drifted over the fish's back, snagged him and proceeded to do a full-on photo shoot on the bank before releasing the now half-dead trout. At least Facebook land still thinks he's a great angler. I've seen it all and, although I often ask myself the "what if's" when ever I return from fishing the Great Lakes, I quickly remind myself that's not why I planted my feet in Vermont.
We're blessed with only a handful of rivers in Vermont that see salmonid migrations, so let's do our part to keep them from turning into a dump. Let's remember that whereas many of the Great Lakes salmon runs are measured in the thousands, our salmon run in the NEK is measured in the hundreds. So, if you are the type of angler that fishes the same river or hole for that matter every day, you are potentially pounding on the same fish over and over. It may make you look like a champ on Facebook, but it's poor etiquette.
There's plenty of great opportunities out there currently, so get out and live it up!
Posted by gmtrout at 8:25 AM