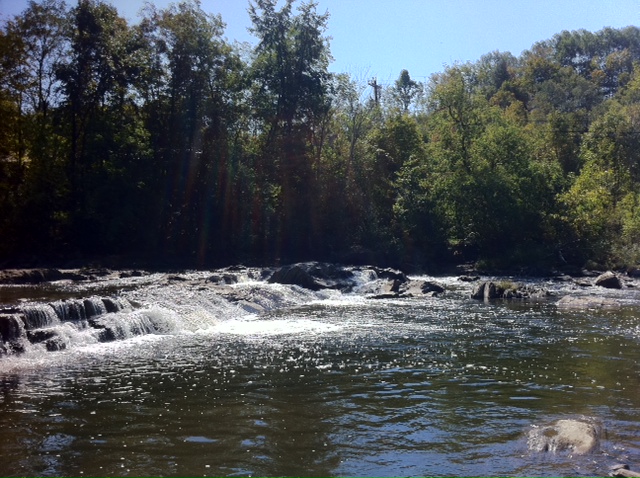 
Most areas got 1-2 inches of much needed rain on Tuesday.  Things are now settling down and rivers are quickly receeding.  The tribs are fishable and the bigger rivers should take a day or 2 to clear. We have been on the water quite a bit and the fishing remains solid. In fact, when people come in the shop and ask "when is the best time to fish in VT?"  My anwser is always "late May and late Sept."  This is truly my favorite time of year to fish here in Vermont.  I have been on the water 4 of the past 5 days and have not seen another angler! The forecast this week looks very nice with highs around 70 and no rain forecasted until the weekend.  The mornings have been chilly and we have been guiding/fishing mostly mid day.  On Monday, under bright sun my clients got to see a bunch of Isonychia's hatching and the birds swooping down and eating them.  The birds were not the only ones eating them.  The fish were very responsive to swinging prince nymphs under indicators.  All the fish were caught on the swing and none hit the while be dead drifted.  That is to be expected with this hatch.  We got a half dozen fish in the riffs and them got some more bows on the flats using a #12 para adams. There were also some small Bwo's in the mix of bugs but why have clients throw a #18 fly when they don't have too.  Buggers have also been moving some bigger fish and are a good option while flows are coming down and clearing up.  I have also seen some #14-16 caddis hatching as well as some tricos.  One thing worth mentioning is that we did a bass trip with a group of 6 people.  They could only fish in the early a.m. and I have no doubt the fishing would have been better after the water had warmed a bit.  They all tangled with fish and even lost a couple biggens but it was one here, one there, not fast and furious like just days before when I guided mid-day for bass.
Posted by gmtrout at 5:30 AM